Every website owner is concerned about one thing – how long it will take for the respective website to load so that the user stays.

It is redundant to mention that a website that takes up a long time to load is going to miss out on visitors, in the majority of the cases. This is because a user usually waits for a couple of seconds, and if the website doesn’t load faster, he/she moves on to another site.

The process starts when a user visits your website. The WordPress first and foremost checks the PHP code and then gives the output HTML to the visitor’s browser so that they can see.

WordPress generally repeats the process mentioned above for a staggering 200 times per page for a particular visitor. A cache plug-in functions typically by keeping a record of these HTML files, and it serves them whenever there is a request. It is a much faster way than loading the PHP scripts every time.

Following are the benefits of using WordPress cache plug-ins:

As the pages load faster, the website’s SEO rankings also improve. This is because algorithms of search engines give preference to such websites.

If a webpage loads faster, its bounce rates will decrease. This means that more people will remain logged into a particular site, rather than leaving it within seconds.

According to a current study carried out by a prominent e-commerce site, even a .1 second decrease in loading time translates to a 1% increase in sales.

However, cache plug-in does not mean only installing the plug-in so that the pages start to load faster. It has its share of disadvantages as well.

Not every WordPress plug-in is compatible with every other plug-in and themes. This can cause problems ranging from minor to major ones. In the most extreme of cases, a person’s entire website might crash.

Unfamiliarity with any particular plug-in might become a hindrance, especially during the installation process.

If a WordPress user is installing a new plug-in, then he/she must be aware of the fact that they are more vulnerable to hackers. This is because, despite all the measures taken by WP users, there are loopholes in a plug-in which hackers tend to exploit.

A WordPress user has to take extra measures to clear out their cache memory. Otherwise, it is highly probable that visitors might not be able to see any updates on that site.

Therefore, as it stands, the positives of plug-ins heavily outweigh the cons of WordPress plug-ins. And, if a person pays more attention to selecting the correct plug-ins, the major disadvantages can easily be avoided.

Reason for VC being the best plugin

Basic guidelines to approve a WordPress theme in Themeforest Part 1 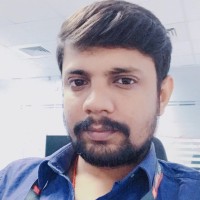