In past few years, there are no.of successful Page Builders has been introduced to the market:

Divi Builder, Visual Composer , Page Builder by SiteOrigin, CornerStone, Themify Builder, and Thrive are just some of the the most popular. There are millions of sites has been built using above page builders. Many themes like Avada has build their own Fusion Page Builder.

Gutenberg, which primarily introduced as a plugin later on integrated into the WordPress as a core from WordPress 5.0. Most of the people agreed that most of the Page Builders will stick around for a while, after Gutenberg will be released. Because Gutenberg aren’t able compete with the current features it have.

In my opinion there are major 4 points in particular:

Out of 200,000+ active installs of the Gutenberg BETA plugin, around 3000+ users submitted a review so far and half of them rated it 1 star.

Development work in progress for  Gutenberg, and it will be improved day by day.

Gutenberg, while still in BETA, is already growing faster in terms of features, than any commercial page builder ever did.  Every new things brings a lot of improvements. It won’t take long before it will become as good as any other popular page builder.

Some of the best developers of this community are working on Gutenberg. Several Gutenberg plugins have been released already and new plugins are added to the WordPress plugin repository daily. Even many Anti Gutenberg plugin also released in market to disable it.

Elements of Gutenberg is called as blocks which can be create easily using the React and PHP combination few of the popular boilerplate https://github.com/ahmadawais/create-guten-block/

1 year after the official release of WordPress 5.0, Gutenberg will have hundreds if not thousands of extensions built by the developers. Few will be good, some will be really worst. Few will be free and few will be premium.

Tips to Buy a Suitable Theme from ThemeForest for WordPress 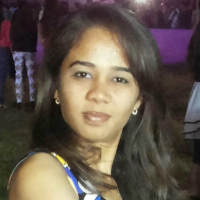 Vaishnavi Patel
Vaishnavi Patel is a WordPress Developer & Technical Blogger. She loves learning new things and sharing information. She is a passionate learner and dreamer.
14 Articles 1